Drug Abuse and the Future of Nigerian Youths 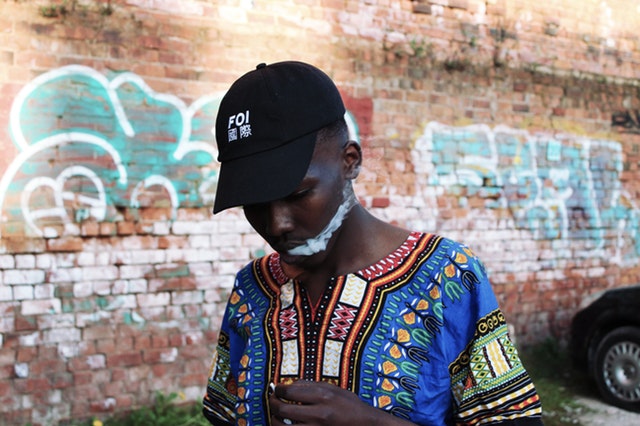 The use of mind altering substances of natural origin has been known since the prehistoric times. For centuries, man has tried to either complement some pleasant features of life or escape from the unpleasant features of life, whether real or imaginary, by using fermented liquor and different plant products. For example, drinking of palm wine and locally brewed alcohol such as “ogogoro”, “burukutu” as well as chewing of different stimulating plants and their products in Nigeria have been known for ages. Reports have it that the use of these substances was more of occasional and in moderation with few exceptions. This was the trend of substance use in Nigeria until after the Second World War in the 40s when cannabis (hemp) was introduced through the war veterans who brought back the cannabis seed from India. The 70s and 80s witnessed the introduction of other drugs like cocaine, heroin, amphetamines and pharmaceutical opioids (codeine, morphine etc).

This trend changed dramatically in the 90s to include the abuse of non conventional drugs such as volatile solvents or inhalants (gasoline, correction fluid, rubber solution, aerosol, nail polish removal, kerosene, petrol, and bytul nitrate). These volatile solvents produce psychoactive vapour which when inhaled goes straight from the nose to the brain, heart and lungs with instant intoxication and diverse consequences. Today, ingenuity has been introduced into drug abuse with complex mixtures, experimentations and new discoveries. This has resorted to the abuse of lizard dung (especially the whitish part), pit toilet/soak away fumes (bio generic gas), “goskolo” a concoction of unimaginable substances, robin blue powder cocktail, “gadagi” (a substance resembling tea leaves), pharmaceutical products (tramadol, rohypnol) and many more. Codeine containing cough syrup mixed with soft drinks is gradually taking over alcohol in youth parties. Due to new technologies which have improved the mass production of some of these drugs, many of them have become very cheap and therefore affordable. Unfortunately, the presence of new substances of abuse are usually not detected until someone suffering from the consequences visits the hospital for treatment or law enforcement personnel intercept or seize a supply of suspected substances.

Substance abuse in Nigeria and the new trend is becoming a significant medical, psychological, social and economic problem facing the nation. More worrisome is the increasing number of secondary school and tertiary institution students that are getting involved in drug abuse. These are the future leaders of Nigeria. What will the future of the nation be if it’s supposedly future leaders are drug addicts?

Five major predisposing factors to drug abuse among students are peer pressure, curiosity, ignorance, academic induced frustration and lack of parental care. Adolescence and young adult age are characterized by new identities/peer selection, adventurism, curiosity, excitement and role confusion. Where students are not well guided, either by the home or school, they choose wrong peers which will lead to experimenting with drugs. Also, the storm and stress of life such as academic workload, learning to be independent from parents put them under pressure to find solace in drugs. In some cases, they take drugs to have momentary relief and out of ignorance of the consequences. Some have been initiated by peers without knowing what they took. They would probably notice that they felt differently and would want to have a similar feel. Before they realize what they are taking, they would have been addicted to a particular substance of abuse. That is why some cannot tell you exactly the name of the substance they took until they go for drug test. In some cases, they will mention a substance of abuse whose effect is a contrast to their behaviour.

The consequences of drug abuse by students include extreme violence, gang rape, drug induced suicide, paranoia, poor academic performance, larceny (to feed the habit), school dropout, poor health condition, indebtedness and waste of resources (money and material). Drug abuse is also associated with anti social vices among students such as cultism, thuggery, racketeering, and armed robbery. This means that the problem of drug abuse among students is the problem of everyone – the parents, the school, other students and the general public.

Addressing drug problem among youths in institutions of learning therefore, requires collective efforts. Some institutions have put in place policies against drug abuse by students. Most of these policies are however penal such as suspension and in some cases rustication from school for students who test positive to substances of abuse. Some Institutions refer offending students for drug treatment and rehabilitation as a condition for re-admission into the school. As commendable as these policies may be, they need to be implemented with extreme caution. Otherwise, penal measures will become counterproductive with a good number of the students frustrated, not return back to school and would become additional burden to both the family and become security threat to the society.

Beyond referral for rehabilitation, counselling units in institutions of learning should be resuscitated with capacity to provide drug counselling, referral for more complex cases and follow up services after discharge from treatment and rehabilitation centers. Drug education, including drug refusal skills, should be incorporated into students’ orientation programmes. Alumni Associations should incorporate drug education and parenting skills in their programmes to help parents, institutions of learning and the government to collectively address the emerging threat to the future leaders of tomorrow. Parents should be more involved in the educational progress of their children through effective collaboration with the school. In addition, parents/guardians should regularly monitor the activities of their children/wards at home in terms of the kinds of friends they keep, their late night activities as well as their consumption of the Internet as much as humanly possible. Schools should urgently establish a tripartite communication between parents, schools and students more for the overall welfare of the students, rather than for the business interests of the schools.
Dr. Agwogie is a Drug Demand Reduction Expert with NDLEA

(1) THE LINK BETWEEN OFFICE CHAOS, STRESS, DEPRESSION AND SUBSTANCE ABUSE